This year’s celebration was special. It was the celebration of 30 years of service to the Dayton community and beyond, in addition to our annual instructor’s training and student awards banquet. We had six countries participating – USA, Canada, Ecuador, Kuwait, Saudi Arabia, and France – that was about 40% of our international presence. Combined with our local instructors, we had instructors from 16 cities and over 110 participants for the workshop and banquet. Many of the international members planned on attending but there were issues and challenges with travel visas, family and work schedules. Some participants traveled 22 hours and across continents, some worked extra hard through seminars to generate the funds to travel to the US, some used up all their vacation time to travel to the US. The common theme that unites all of us is the desire to improve ourselves, improve our communities, and share fellowship with like minded men and women from around the globe committed to generating happiness, health, wealth, wisdom and safety for ourselves and others.

I would like to acknowledge the efforts and sacrifice it took to make this weekend possible, and say that I appreciate the efforts of like-minded people everywhere, and especially my students and instructors who made this event so memorable. I would specifically like to thank the planning committee: Sunmi P. Meng, Vincent Meng, Terena Fugate, John Lambert, Katrina Faucett, Janice Lambert, and Ross Padak. Some of the international members are staying with me for two weeks and during this time we have visited most of our branch schools in the Midwest, train every day, and even made time for site-seeing in Chicago. Sifu Jack Hohl was a wonderful host made us feel like home.
One of the highlights during this 30th anniversary event included solidifying the Masters in our kung fu family.

Each of the Masters was presented with a statue representing the Four Shaolin Kings, and I based the statue presented based on their location rather than tying it directly to the ancient symbolism. Suffice it to say that the four Masters are the pillars that help to hold up the kung fu family and help me to reach further and higher in my own quest for knowledge, skill, understanding, and wisdom. I am looking forward to promoting our second group of four Masters in the coming years.

Going forwards, if the above four gentlemen represent the Generals in our kung fu family, the following first 18 represent the first line commanders and leaders. These leaders have learned the weapons, tactics, strategy, and 7 Wing Chun skillset of the Shaolin Wing Chun the first time around. These leaders understand more than just the tip of the iceberg; they see the deeper logic that originally gave birth to the system. This group does not hold any higher special privilege, rights, or responsibilities. This group was fortunate to the located close to me so they were the first group to complete this training.

We started the next group and remain hopeful that the next group will finish their Wing Chun Guardian Training by the end of 2017. This new group includes Sifu and Lohan who have started on the tactics and strategies of Wing Chun plus the 6½ Kuen Faat.

Meng’s Martial Arts started had humble beginnings – just a retail space of 2,000 square feet in a strip mall that has grown into an international organization and is a dominant force in the art of Wing Chun. This doesn’t even mention the 100s of black belts and 1000s of members who have improved their lives, serving students, children, and now grandchildren. Accomplishments are sometimes used to reflect to an individual or a group but we’d really like to focus on service and contribution given back to the art of Shaolin and Tae Kwon Do. Using our Wing Chun journey as a snapshot to mirror our greater success over the last 30 years, here is what we’ve done in the past 30 years for the art of Wing Chun:

Meng’s martial arts has been part of my life since I was teenager. My training and the things I have learned there has been the cornerstone for every element of my life both personally and professionally.

The weekend started with the 1st get together of all of the long distance students from several counties internationally as well as students all over the united states. It was also a visit from students that have come and gone from over the last 30 years. The training was great as we delve deep into concept and principle as well as the proper training methods .

It is clear that the information that we have to offer as the museum and 30 years of being the Meng’s organization and research brings together only the finest and great people from all walks of life.. Training with so many great people was a delight. We covered how the drills and the concepts and training methods must go beyond just the fixed drill or have a particular look.

We must understand beyond the surface and bring the understanding to real life application. As we train together we grow together maintaining our traditions and the culture of this treasure.

Meng’s martial arts has a tradition of success not just on the matt but in developing the best human beings in realizing their full potential. Im proud to have dedicated my life’s work to such a powerful positive force in so many people’s life!

On the occasion of 30 th anniversary of Meng’s Martial Arts and international Shaolin Wing Chun gathering and workshop, I would like to thank Grand Master Benny Meng and his wife, Mrs. Sunmi Park-Meng and our champion Sifu Vincent Meng for their hospitality and excellent organization, as well as all the masters and students who have patiently attended to the 30th anniversary of Meng’s Martial Arts and our international gathering.

I am very happy with our meeting and I had the excellent moments with you. Thanks to you that really helped me to learn many important details about our magnificent system.

Also, I would like to say that americans are very kind and civilised people and I really appriciate you.

With all my respects to each one of you I offer this little clip. God bless you and hope to see you again.

This trip, to the Shaolin Wing Chun meca, at mengs martial arts headquarter, it was such Amazing time, awake early in the morning to train with a national lei tai champion, Vincent Meng, during the days trainning with instructors from other countries, like kuwait, france, and many others, and also from diferent martial arts background, as bjj, kyokushin, etc, we were getting a lot of techniques, and learn more about tactics and strategy in hand hand combat and weapons, such an amazing oportunity, thanks to Sifu Benny Meng for all of this, was one te best!!!

Meng’s 30th anniversary celebration was an amazing opportunity to meet Shaolin Wing Chun instructors from around the world.

I had the pleasure of training at Meng’s Martial Arts headquarters home of the Ving Tsun Museum for 4 days with the international an all national instructors that could make this year’s special 30th year event.

I can’t say enough about the new friendships and experience gained from training with qualified Wing Chun Masters. I had the pleasure of meeting the first ever national champion of Meng’s and this year’s champions at this event. I’m so proud and humble to be apart of our world wide martial arts instructor core.

Meng’s has changed my life and so many people I’ve had the pleasure to influences because of martial arts. If your looking to become a Martial artist and develop your human potential you couldn’t find a better family to join!

Last weekend I attended Meng’s Martial Arts 30th Anniversary event hosted by Grand Master Meng. The weekend was full of excellent training where skill and knowledge was passed on and learned. But, for me, the most important part of the weekend is how a group of different people with diversely different cultural and ideological backgrounds came together with one heart and mind. The ability for Sifu Meng to united and lead like minded individuals is amazing.

Meng’s Martial Arts, with sifu Mengs leadership has clearly changed the lives for so many for the better over the past 30 years. I can personally attest to how the organization and person of Grand Master Meng helped me through some of the toughest times in my life. It is a pleasure to be part of such an organization and to be a student of such a caring teacher. Sifu thank you for dedicating yourself to others over the last 30 years and I look forward to the next 30! 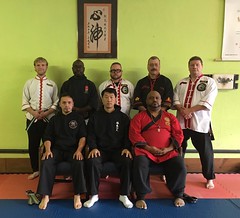 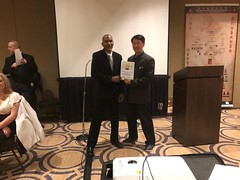 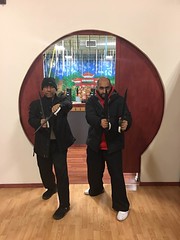 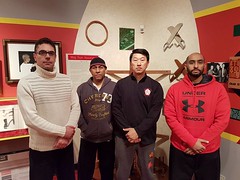 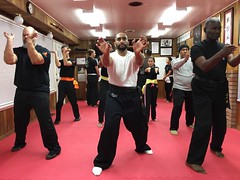 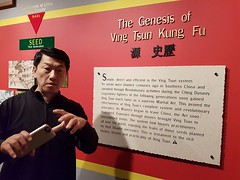 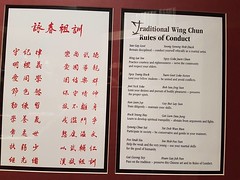 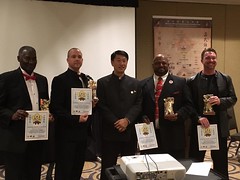 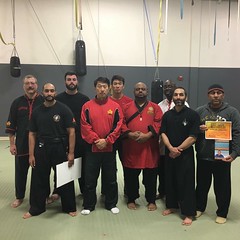 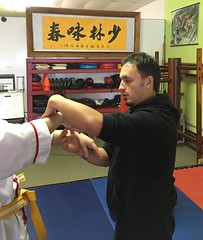 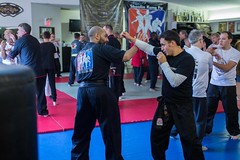 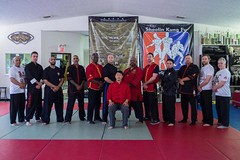 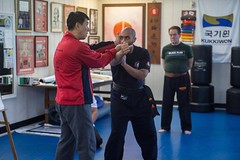 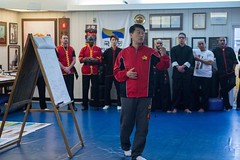